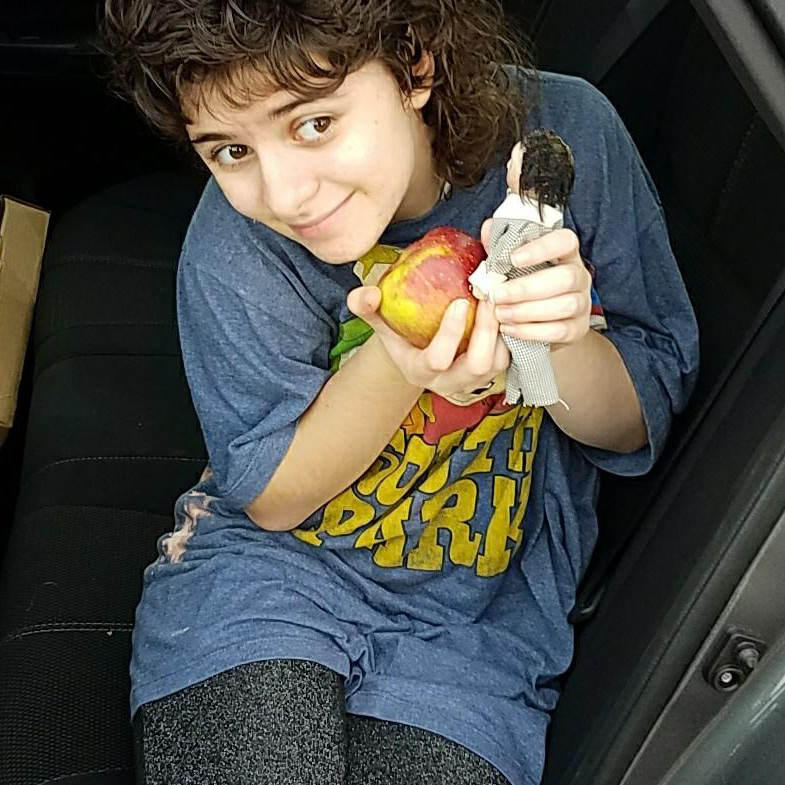 It’s been nearly 16 years since Roselle Tunison first found herself in an ambulance with her 6-month-old daughter, Chloë. Chloë had experienced a brain hemorrhage, and she’d shortly be diagnosed with a brain tumor. It was the beginning of a grueling journey, with myriad ups and downs, that continues to this day. But fortunately, it was also the beginning of Roselle and her family’s relationship with Making Headway.
Read More/Less

When her kids were young, Roselle would need to bring not only Chloë but her twin brother, Johnny, on the lengthy trips from their Long Island home to the hospital in Manhattan. (First, Beth Israel and, later, NYU Langone Medical Center.)

“The playroom is what made it doable,” she says. “It was so welcoming and warm. I could connect with other mothers going through the same thing there. For the kids, waiting for the doctor was arts and crafts time.”

Making Headway supports families for as long as necessary, whether that means an afternoon or a lifetime. Roselle has many stories to tell about her warm interactions with Drs. Allen and Kothbauer (members of Making Headway’s medical advisory board) and the Making Headway team. There was the time she and Johnny were waiting for Chloë to awaken after yet another surgery. It had been a long, stressful day and they were both tired and hungry, but she didn’t want to leave the waiting room. Suddenly, Maya appeared, bearing cupcakes!

There were the many times “the yoga fairy,” Annie Hickman, was on hand to help the children spend their waiting time with fanciful activities. There was support from psychiatrist Dr. Hess and psychologists Dr. Greenleaf and Dr. Donnelly. And there was assistance from education specialists Patty Weiner and Sabina Bragg. Roselle remembers warmly the period when Bragg (a member of Making Headway’s Ongoing Care Team at the time) helped the teachers and administrators at Chloë’s middle school understand the child’s special challenges: “Most schools don’t know anything about kids with brain tumors. They don’t realize that certain behavior problems are typical, and they blame the parents or something else. Sabina joined in our phone calls and made sure I was being heard,” Roselle explains.

Chloë still has her struggles at school and at home. The road hasn’t been easy for the Tunisons. But Roselle credits Making Headway for making everything a whole lot better than it might have been.