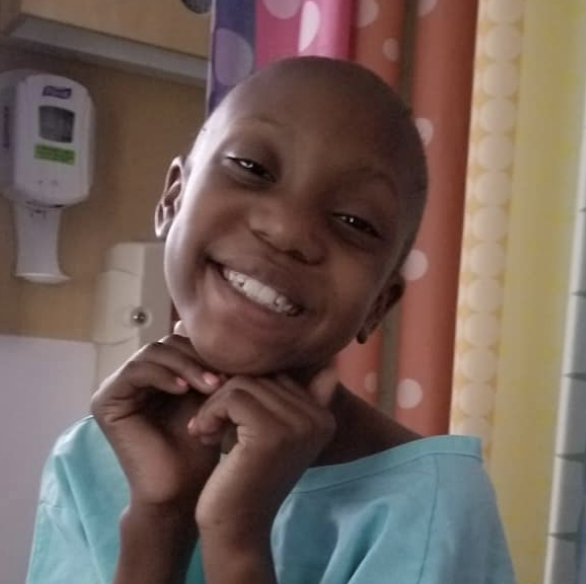 It is an honor to share the story of Tatianna, a creative and driven nine-year-old who has survived two bouts of medulloblastoma, and whose family has also benefited directly from the kind assistance of the Making Headway Foundation.
Read More/Less

Tatianna first met Dr. Hidalgo (a pediatric neurosurgeon funded by Making Headway) several years ago, when she was referred to Hassenfeld Children’s Hospital for suspected precocious (premature) puberty. Upon conducting an MRI, Tatianna’s doctors had observed something suspicious on Tatianna’s pituitary gland and recommended that she see Dr. Hidalgo. Dr. Hidalgo instead identified a brain tumor on Tatianna’s cerebellum.

“This was completely coincidental, before she had any symptoms,” Dr. Hidalgo explains. “We caught this brain tumor at a state when it had not spread all over her system. I took her from the MRI, hospitalized her, and operated on her the very next day.” Although Tatianna’s recovery from surgery was smooth—she returned home just a couple of days following surgery—the chemotherapy that followed proved difficult for the then 8-year-old. The brain tumor recently recurred, and Dr. Hidalgo operated again successfully in February 2020. Today, she is undergoing her second bout of chemotherapy, which had been delayed slightly due to COVID-19.

After her initial medulloblastoma diagnosis, something special happened: Tatianna became the star of a documentary called Tati, an intimate, behind-the-scenes movie that follows her journey as she creates her own short film while undergoing treatment. “This documentary came about from a nexus of events that happened. It’s becoming this miracle in my life and I feel really grateful to be doing this,” says Amir Arison, the veteran director of the film.Angelight Films, a nonprofit that gives children with brain or spinal cord tumors the opportunity to express themselves by creating and even starring in their own short film, approached Arison to work with Tati on her short film. He readily agreed. See the results and this wonderful short film at tatithedocumentary.com.